One of the questions we’ve been asked most often over the past month is “what does 10-20 mean”? It’s a question that can be answered easily, actually.

We took inspiration from CB Radio slang. In fact, the following is from CBSlang.com:

If you hear a truck driver say “10-20” on their CB radio, it’s just another way to say “Your current location.”
And this definition from Urban Dictionary offers a little more history:

The phrase essentially means, “What is your location?” or “Identify your position,” but is a corrupted phrase from the original “10-20” used by law enforcement to verbally encode their radio transmissions so that non-police listeners would not easily discover police operations, as well as to communicate quicker and more efficiently by standardizing frequently used phrases.

These verbally-coded messages were called “10 codes”, of which “10-20” stood for “Identify your position,” or “Where are you?” originally. Other such codes include “10-7” meaning the officer was busy such as with a traffic pull-over, “10-8” meaning that the officer was back on patrol such as from having just written a citation, the popular “10-4” as an affirmative, “10-10” as a negative and “10-22” to disregard a previous transmission have only seen light integration into common use. It was not uncommon for a city to have its own set of particular 10-codes for other phrases frequently used particular to that locale.

So that’s where we took our inspiration from.

More importantly, though, is ensuring that your 10-20 is protected online. And by that we mean that your location, your brick and mortar address, should be claimed and consistently presented across a number of search engines, review sites and mapping technologies. Why? Because when someone searches for your business or keywords associated to it, you’ll have a greater chance of turning up on Google, Bing, Yahoo, Yelp, Facebook or Tom Tom, to name a few online listing technologies. And in today’s local search-driven economy, being able to pinpoint your location on the maps and search engines that drive the small business economy is not just good practice, it is critical to the survival of your livelihood.

Because if your small business doesn’t show up as a search engine result, your competitor’s will.

This site uses Akismet to reduce spam. Learn how your comment data is processed.

Sign up for our newsletter
Recent Posts
Archives
Categories 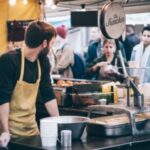 An SEO Specialist Walks Into A Restaurant…Small Business Marketing